Work has been interrupted here and there by summer activities (the kids are out of school of course) and things take me longer this time of year because of it.  So I've not gotten as far as I was hoping but I'm getting close enough I guess :)  I plan on adding an owl on the top of the cauldron stack, a couple more little things to the top of the cart, and a climbing chocolate frog to the front hanging flap of the cart and then I should be done.  I'm working on an owl right now and I hope it turns out good enough to use but only time will tell.  If it's not up to my standards its not going on.  So we'll see.  So far it looks good though so I have high hopes of being able to use it.  Always, I'll go ahead and show you how it looks so far: 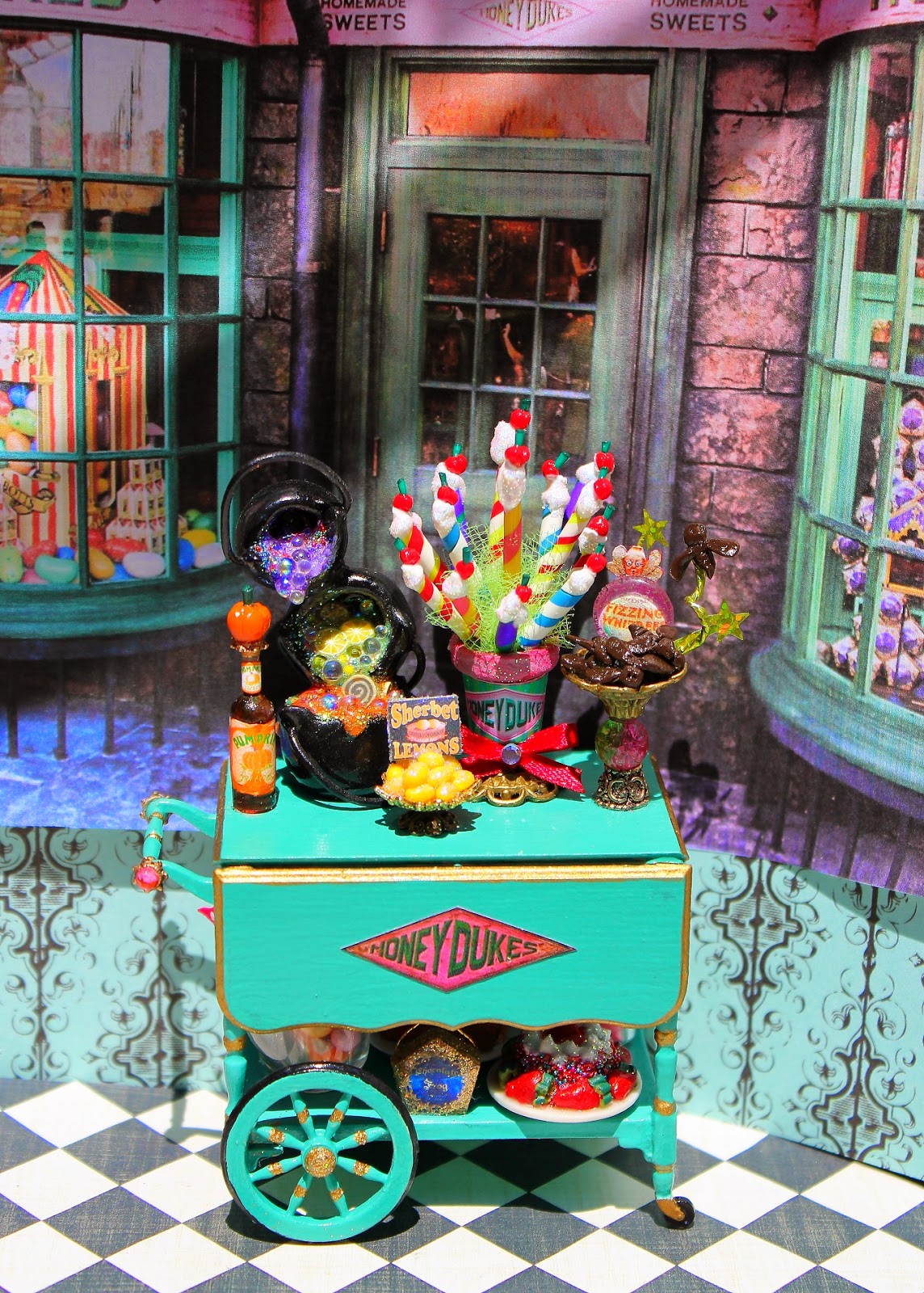 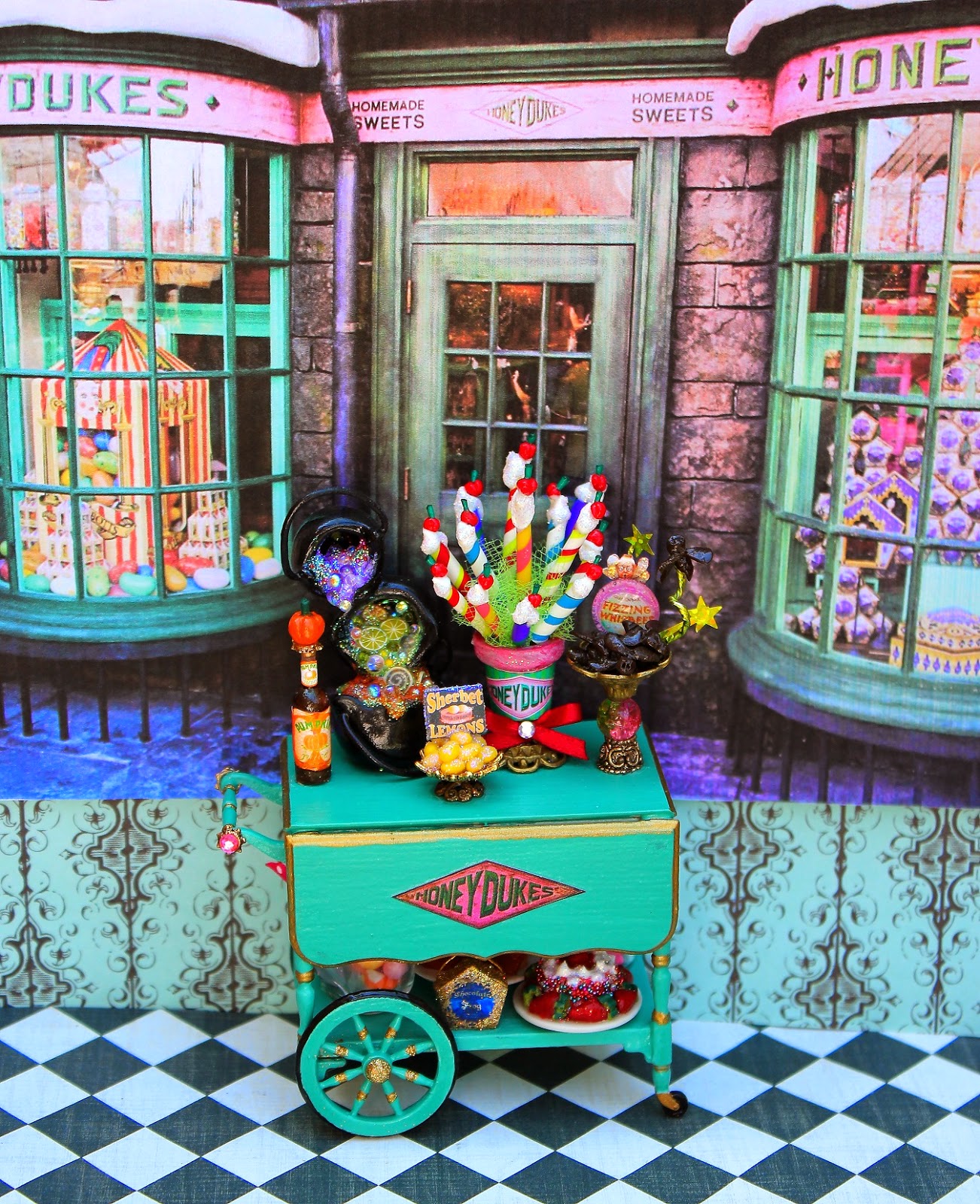 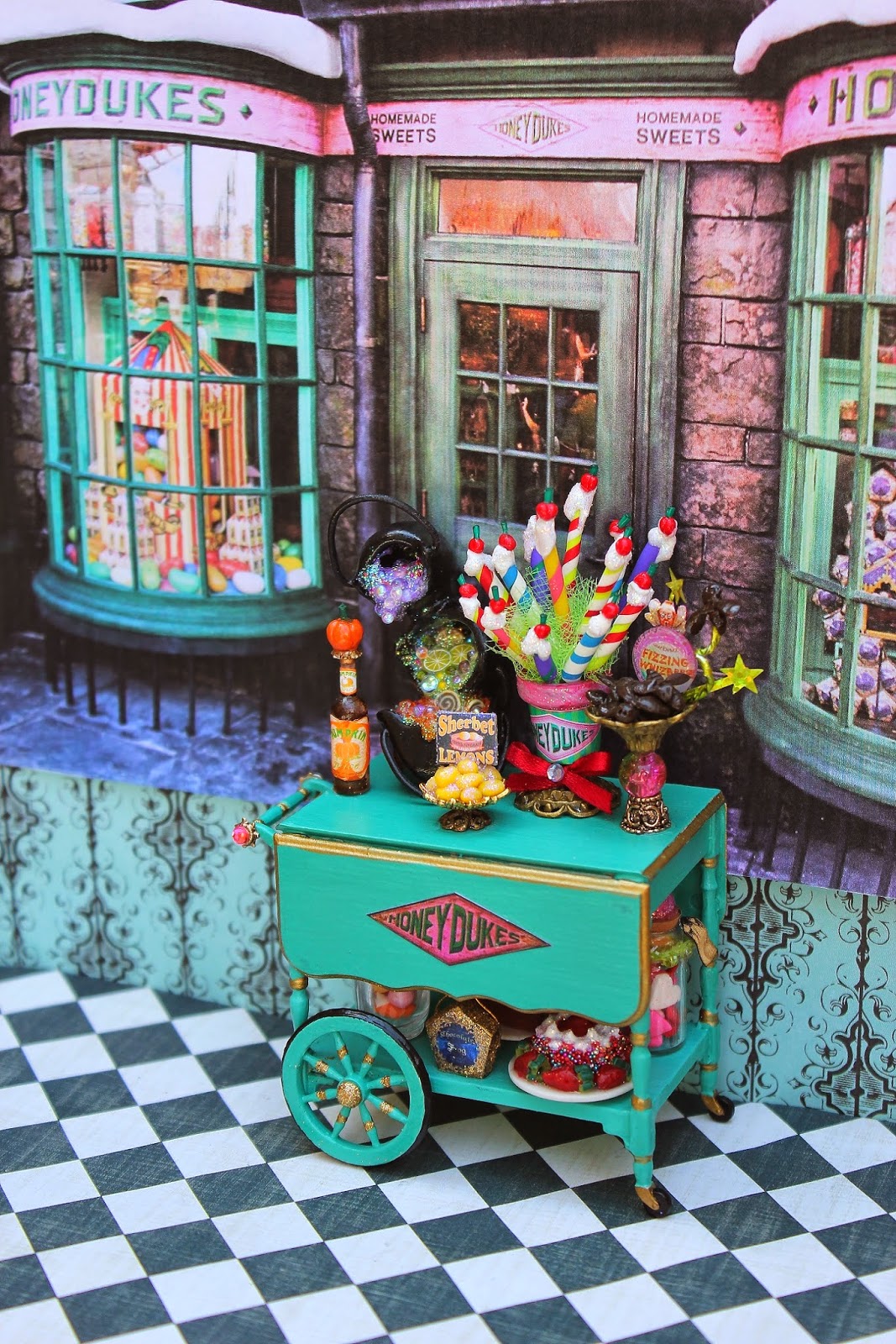 You can't really see them but the Fizzing Whizbees are little chocolate bumblebees, I had nothing to go on but the commercial Honeydukes shop version of this sweet because they were never shown in the movie so that's what I made.  Anywho, I'm hoping the next update will be the finished cart with an owl on it.  I hope :)  Stay tuned!  Hugs-Tara, 19th Day Miniatures

Posted by tarayvonne at 8:14 PM