Ok I really have been working on my graveyard scene but I got sidetracked (like I am so apt to do) by a quickie project for a new friend of mine.  I am a member of the Etsy Darkside Team (search etsydarkteam if you'd like to see their items on Etsy.com-and yes it's all one word you put into the search box) and I joined a swap gift exchange.  My present was a little lack-luster and the girls in the group felt bad for me.  So just randomly out of the blue one of the other members who didn't get me in the swap made me some gifts purely out of the goodness of her heart.  Now something like this cannot go unrewarded by me.  So I looked up what she was into and it said she collected elephants but also liked creepy stuff rather than regular items.  She thought maybe she'd like a zombie elephant, hehe.  She actually said it jokingly because I'm sure she thought she wouldn't actually get one.  I've dicovered that I'm not half bad at sculpting things for a beginner so I thought I'd give it a try.  It's far from perfect but it's not too bad.  So I thought I'd show you guys because it's kind of funny and an item of interest to look at.  I've never seen a zombie elephant before so I figured maybe you all haven't either.  So here goes: 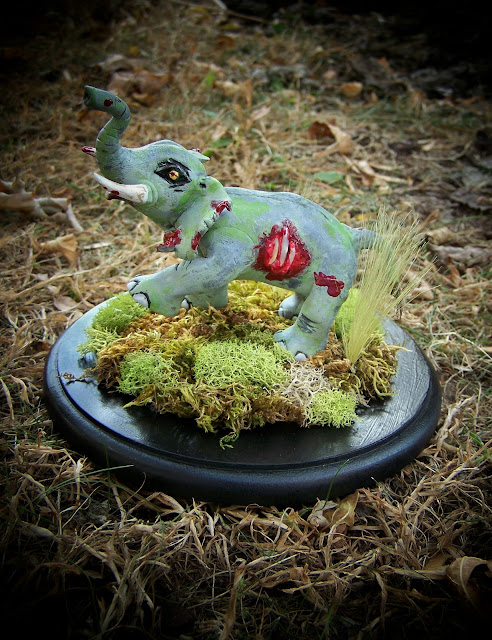 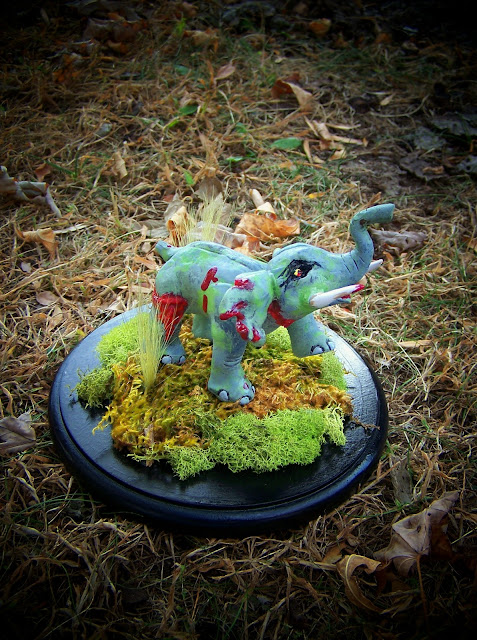 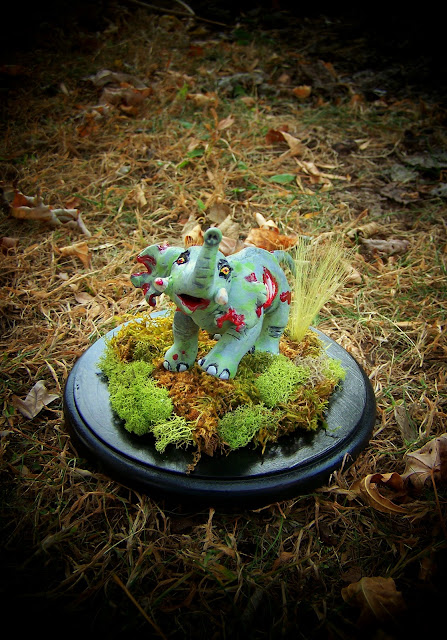 Haha isn't that funny?  He's about 4 1/2 inches tall and the base is 6 inches in diameter.
He's so freaky!  I hope she likes him though because horror is what she's into :)
Posted by tarayvonne at 2:57 PM