I still have to make the owl, and the golden snitch but everything else is done :)  Gosh, things have been so crazy around here it's been very difficult to find the time.  Remodeling, sick husband, kids, school activities, etc.  It's shocking I've gotten any sleep at all!  Or gotten this far on this tree.  My poor dear client has waited patiently this long, hopefully she can wait another day for this to be done.  I'm trying!  I think this turned out lovely so far, and more detailed if anything.  I had to make another chocolate frog climbing on the tree because they were such an interesting part of the movie (Candy frogs that really jump?  Cute!)  Notice the howler letter down low on the tree front :)  It was so amusing when that letter began yelling at Ron in his Mother's voice, I just had to make one this time.  It's nearly identical in shape as it was when it was yelling at him.  I found a picture online and copied it in clay and paper :)  Except I did add on Ron's name.  Things that I made for certain characters from the movie are all addressed to whom they are to.  I guess I'll just show you what I have thus far, keeping in mind it's missing the super important owl right now but will have it in the end: 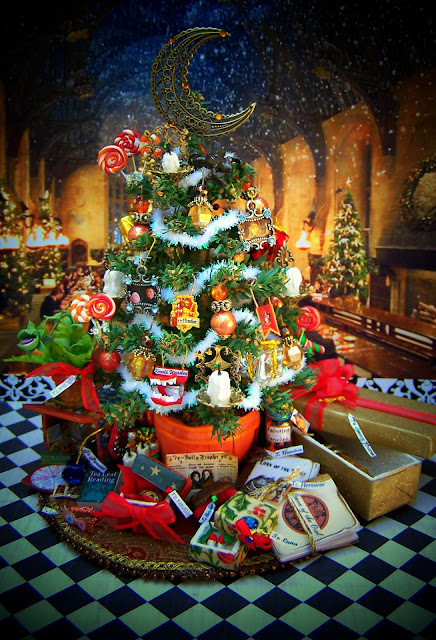 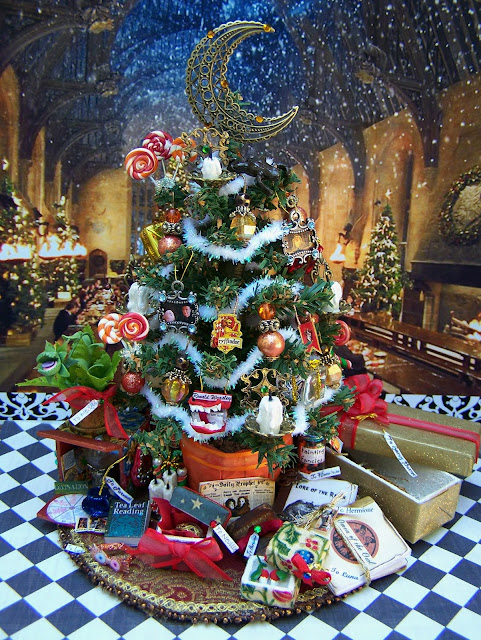 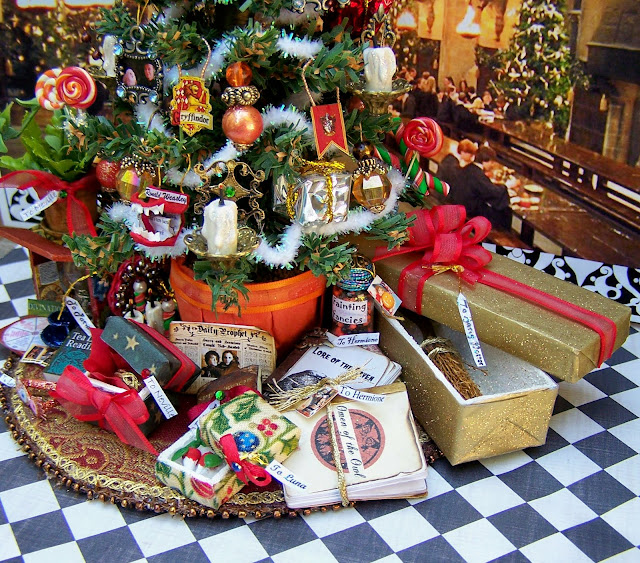 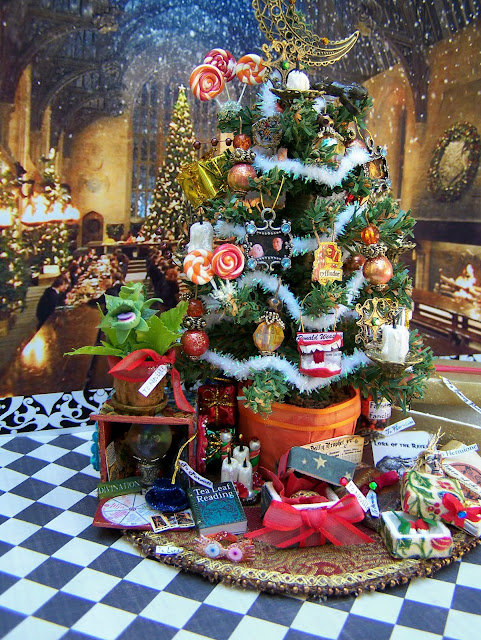 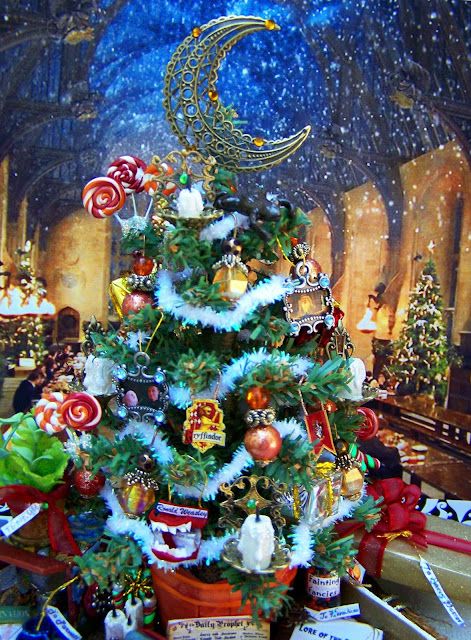 I'll post a finished update hopefully by tomorrow night.  And I will not make another tree for a long time lol!  I need a break, so this is the last one for quite awhile :)
Posted by tarayvonne at 9:43 AM