A little futher along on my Harry Potter Hogsmeade Miniature Tree

I still have a long way to go yet but I have a good start.  I basically have most of the signs up, but I forgot one of them (a quill shop) so I guess it'll have to be around the back of the tree.  I only have a few of the displays done for each of the shops though.  The Hogsmeade Post Office is done, the one with the owl and rolled up scrolls (including a daily prophet newspaper with Harry and Hermoine on the cover).  The Hogshead Pub is done as well, with hanging bottles of butterbeer and a metal tankard for drinking out of.  You might not realize the Hogshead is Aberforth Dumbledore's pub, the brother of Albus Dumbledore.  This pub plays an importamt part in the movie as it was the place where Harry, Ron, and Hermione enter Hogwarts through after all the other secret passages in are blocked off by Professor Snape after he takes over Hogwarts.  Without this pub's secret passage, there would have been no way in and thus no way that Harry could find and kill the last horcruxes.  Anyway, that display is done.  The only other one done right now is the Madame Puddifoot's Tea Shop display.  I made a partial table top, covered it in lace and glued it directly to the side of the tree.  On this I placed the tea shop sign, a detailed painted teapot and cup.  The cup has "tea" in it with a heart floating in it.  This tea shop is billed as an over the top, sickeningly sweet laced-up froofy shop that Hogwarts couples frequent on dates :)  So I froofed up the table setting and added a floating heart to the tea.  I have a partial start on the Zonkos Joke Shop display, I added bright ribbon cut in irregular lengths to the top and some sparkly green shooting stars around the top of the sign.  I suspended the "tricks &jokes" sign that goes with this shop sign just underneath the shop name by chains, and then dangled some extendable ears from the sign.  I'm still trying to decide what else I'll dangle from it.  So that one's not done yet.  These ears are hanging from the ceiling in the real theme park at universal studios as shown below: 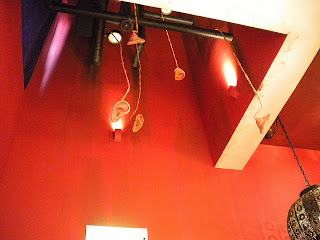 and were featured in one of the movies: 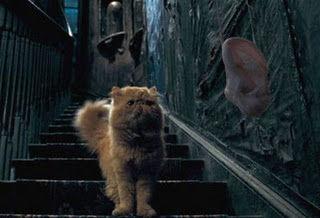 so I really wanted to add them in :)
I still haven't started Gladrags Wizardwear yet with it's little funky socks, and all I've got on the Dervish and Banges sign so far is a neat little cauldron.  I'm still unsure what I want to do with that one.  And I have nothing on the Three Broomsticks sign yet.  I know for sure it will also have a single butterbeer bottle as well as two pumpkin juice bottles hanging from it.  I may add on the three little broomsticks around it as well.
Oh I also forgot I did get the Hogsmeade station one done as well.  All that could be done with it that I could think of was to add on some train tickets to the Hogwarts Express Train.  I put up the fancy schedule sign and made some cute little Platform 9 3/4 tickets to hang around it.  I'll put up the pictures: 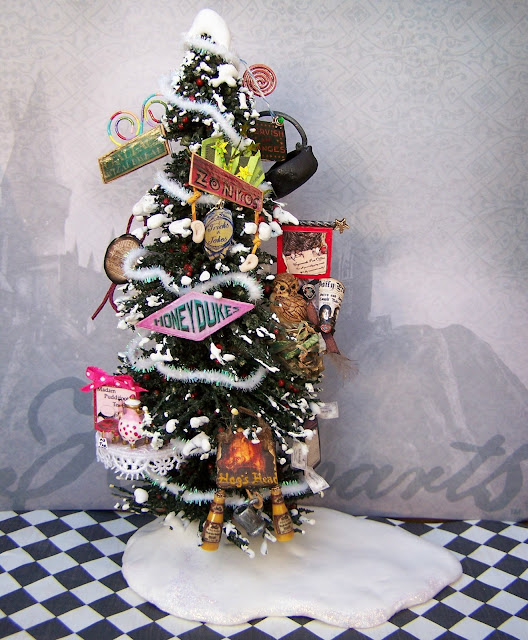 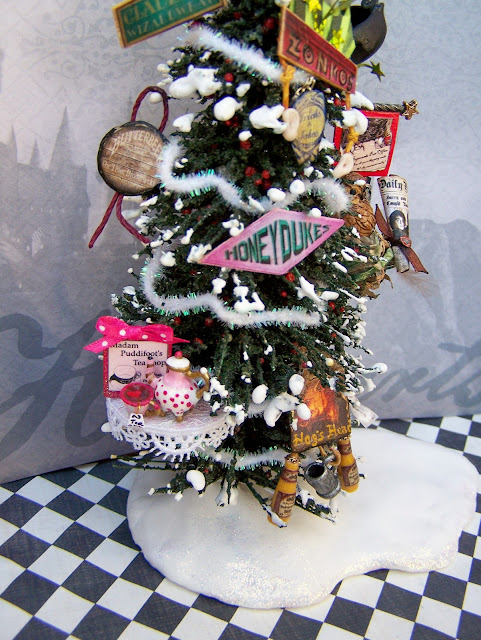 Ugh, poor little three broomsticks sign dangling there with nothing on it!
It looks so odd. 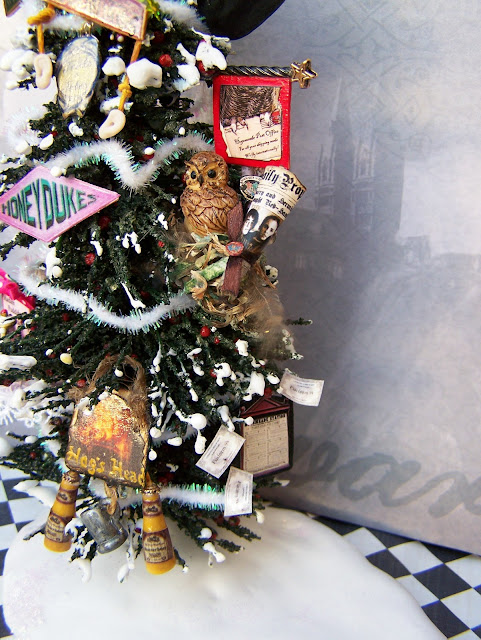 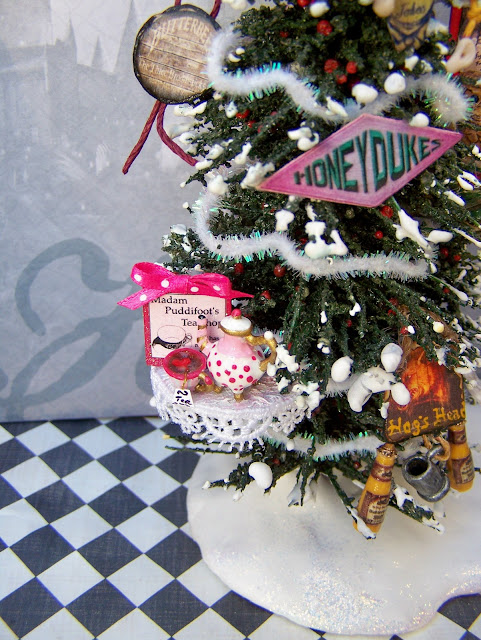 Poor little candy-less Honeydukes sign!  It'll have chocolate frog boxes, a frog climbing the top of the sign and other candy around it. 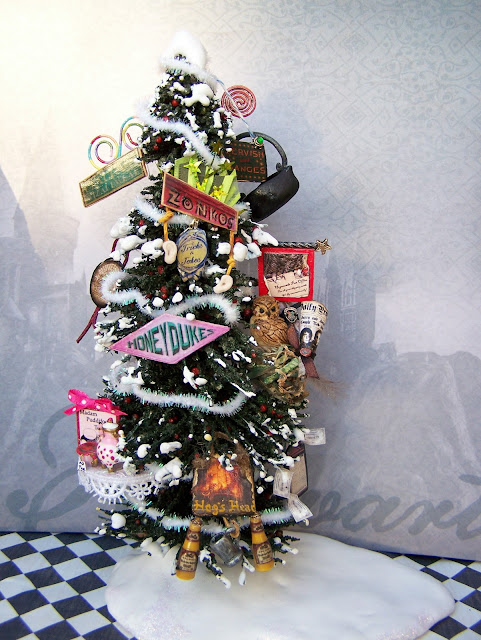 Like I said, so much more to do.  But it's a decent start anyway :)  Gosh these pictures are so horrible due to the wicked wind we have today!  I had to shoot them too fast and they stink :(
Posted by tarayvonne at 2:54 PM